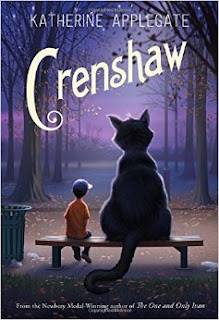 Recently someone asked me what a culturally responsive classroom looks like.  This is a loaded question because so many factors go into making one.  I gave a brief answer, and explained that often the choice of books in the classroom is the most powerful tool to address the diversity, or more often the lack of diversity in classroom.

I currently work in a school in Denver that is not like the majority of schools in my urban district.  During Spring Break I had kids that went to the Virgin Islands, Beaver Creek, Costa Rica, Disneyland, Disney World, Mexico, Japan, and elsewhere.  In other words, the families are very comfortable.  Poverty is not something that is discussed even though the community is surrounded by some of the poorest parts of the city.

I thoughtfully select read alouds for my class.  I am not saying that they are always serious or filled with life long messages.  Our last read aloud was The Unlikely Adventures of Mabel Jones.  Ok, maybe there is an important message in that book:  Don’t ear your boogers!  Anyhow, I read Crenshaw this past winter; and while reading it I knew it was going to be a read aloud this year.

Crenshaw by Katherine Applegate is a short novel about Jackson, a soon to be fifth grade, his family, and his very large imaginary cat friend named Crenshaw.  Crenshaw first came to live with Jackson when he was in first grade.  Jackson’s family and just become homeless and were living in their van.  Like many imaginary friends they just disappear one day.  However, Crenshaw reappears.  He shows up as Jackson is figuring out that his family is about to become homeless again.

Katherine Applegate is a master storyteller.  When I told my class what I was reading next T yelled out “Will this make me cry? The One and Only Ivan was so sad.”  There was a brief discussion about that book.  The class decided that she is a great author.

I know many teachers sometimes wonder if kids are really listening during read alouds because there aren’t always reactions we think we are going to get.  I knew that I would reactions from this book I just didn’t expect so many, and more importantly, so many thoughtful questions. We would have finished over a week ago if this hadn’t been happening.  My students have showed empathy for Jackson, and have asked questions about how does a family get poor.  Why don’t people help them?  One day someone asked; “Can you imagine what it must be like to be that hungry?” He really was interested.  In the book Jackson’s dad makes a sign before he panhandles on the corner to raise money.  The dad’s handwriting is so poor that the sign reads “Think You” instead of “Thank You”.  We discussed why did the author write that.  What is the message the first sign really says?


Crenshaw has been eye opening for my students and for me. Most importantly it is another example of why teachers MUST read aloud to their students.  If we want our students to be prepared for the 21st century they have to know that the world is filled with all different kinds of people with a variety of experiences.  More times than not the only way I can expose them to this is through the pages of a book.
at April 16, 2016 1 comment: Links to this post